A perfect day in... Corfu, Greece 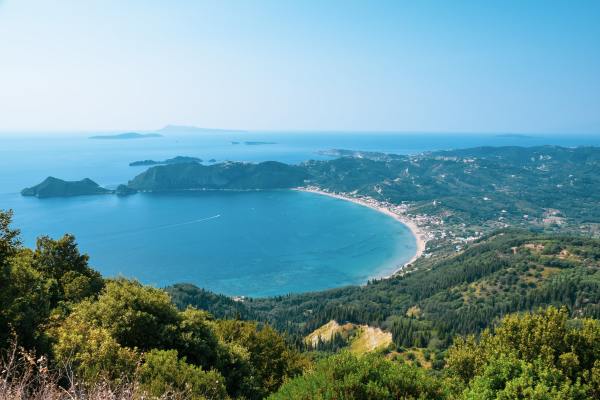 This lush Greek island is about so much more than its sandy beaches and cerulean surf, packed full of atmospheric alleyways to explore, culinary delights to savor and historic cultural gems to uncover.

What to see in Corfu

Any visit to Corfu should begin by exploring the pedestrian-only UNESCO World Heritage-listed Old Town, which was shaped by four centuries of Venetian rule. Meander along the atmospheric alleyways of the Campiello neighborhood, famed for its charming pastel-colored buildings, before crossing the moat to the 14th-century Old Fortress, situated on a peninsula at the mouth of the Adriatic Sea. Here, you can take in spectacular views looking back over the Old Town. 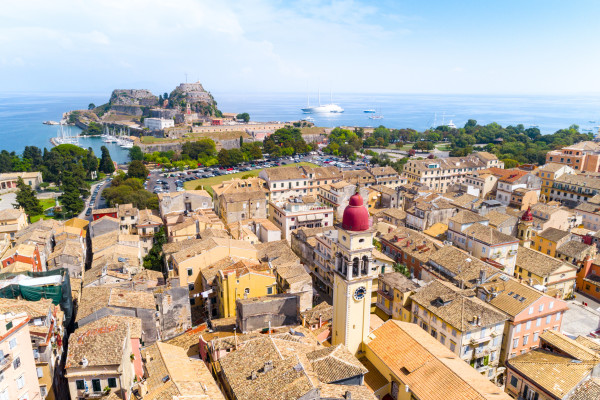 Afterwards, order an iced espresso at one of the smart cafés in the elegant, French-built Liston Arcade which overlooks Spianada Square, the largest in the Balkans. If you’re lucky you might catch a game of cricket there, which remains popular after first being introduced when the island was under British rule in the 19th century.

Don’t miss a visit to the leafy resort town of Paleokastritsa, where the bougainvillea-strewn hilltop monastery is a must-see. Built in the 13th century and dedicated to the Virgin Mary, it’s a peaceful spot to take in some of Corfu’s most jaw-dropping views across the Ionian Sea. 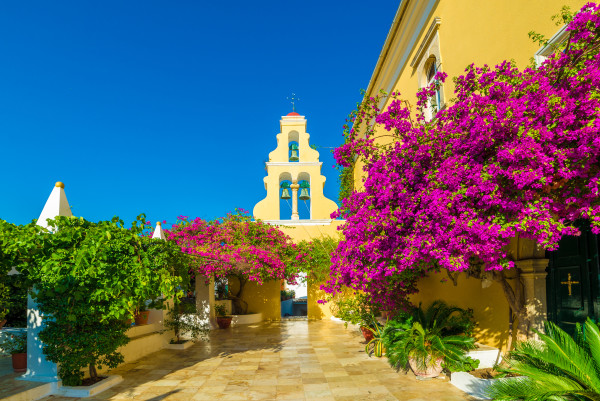 What to do in Corfu

Just south of the Old Town sits Mon Repos, the palace built by British Lord High Commissioner Sir Frederick Adam in 1831. While it may be most famous as the birthplace of the UK’s late Prince Philip, Duke of Edinburgh, today it operates as a popular museum, well worth a visit for its collection of rare artifacts from the 8th century BC city of Paleopolis, including the Doric temple of Kardaki, one of Corfu’s best preserved ancient sites. 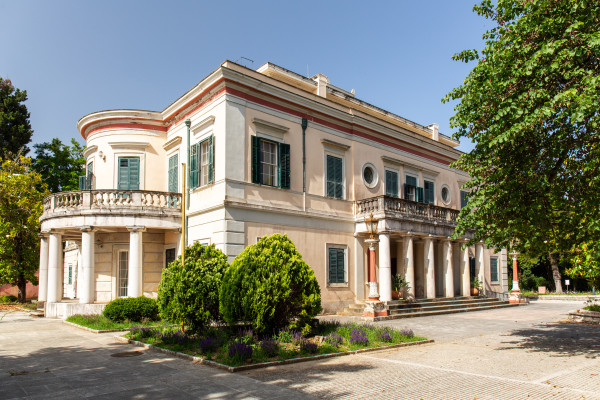 As well as its glorious beaches, Corfu is famed for its striking sculpted sandstone rocks, most notably the picturesque Canal d’Amour (or ‘Channel of Love’) on the island’s northern shore. According to local legend, couples who swim the length of the canal will stay in love forever, while those who paddle to its furthest tip will find the love of their life. For a less touristy experience, a 12-minute drive west will take you to the similarly spectacular Cape Drastis, with its sheer cliffs shaped by the wind and waters. 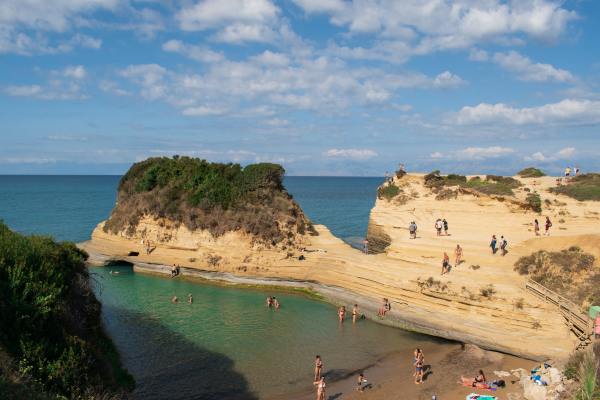 What to eat in Corfu

You’re spoilt for choice when it comes to food here, whether that’s fresh fish plucked straight from the sea, local cheese or excellent olive oil. Don’t leave without trying the most popular Corfiot dish, pastitsada, a tomato-based casserole prepared with beef or cockerel. The best one can be found at the charmingly traditional Taverna Elizabeth in Doukádes village, just outside Paleokastritsa.

When it comes to gifts to take home, you can’t go wrong with some olive oil from The Governor. Run by brothers Spyros and George Dafnis, whose family has been producing olive oil for over 100 years, the label has made history as Corfu’s first premium olive oil. Pair that with a bottle of smooth kumquat cream liqueur – an update on the traditional Corfiot drink – from Lazaris Distillery in the centre of the Old Town.

For more information, go to visit.corfu.gr

Verified
about 4 hours ago