A perfect day in... Naples, Italy 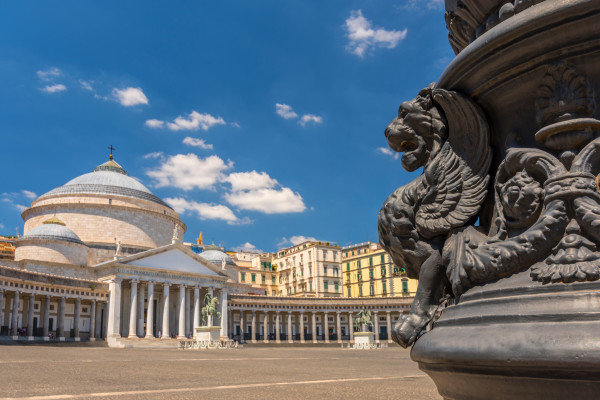 The sultry, gritty city of Naples, sitting below renowned Mount Vesuvius, is a treasure trove of wonders, packed full of enticing alleyways, enchanting churches and some of Europe’s most delicious street food.

What to see in Naples

Start off by exploring Naples’ arrow-street artery, Spaccanapoli (literally translated as ‘Naples Splitter’), which cuts through the city’s historic center. The narrow, cobbled thoroughfare is lined with busy shops, cafés and restaurants, with many of Naples’ most famous sites within a few minutes’ walk. One of those is the Cappella Sansevero, a tiny mausoleum that’s home to Giuseppe Sanmartino’s extraordinary 1735 sculpture of the veiled Christ. Carved from a single piece of marble, it’s one of the most celebrated art works in the city. 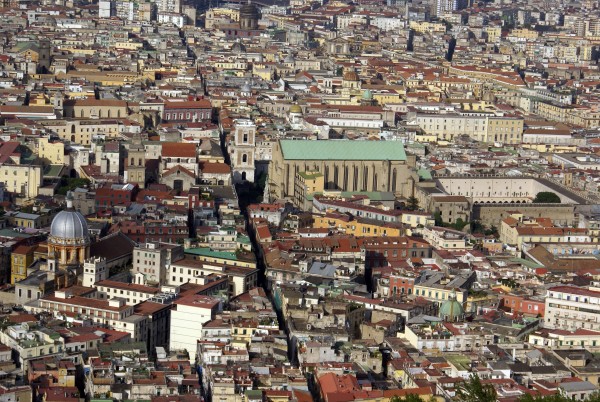 The very impressive Duomo, built by Charles d’Anjou in a patchwork of neo-gothic and baroque styles, is a short walk away. Inside you’ll find Greek and Roman remains and early Christian mosaics, as well as the opulent chapel of San Gennaro, where locals come to pay homage to the relics of the city’s patron saint, including a vial of his blood kept in a 14th-century silver bust.

For some shady respite, head to the beautiful cloister gardens at Santa Chiara convent. Decorated with ancient arches and brightly-colored majolica tiles hand-painted by ceramicists in the mid-1700s, it’s a delightfully peaceful spot within the buzzy city center. 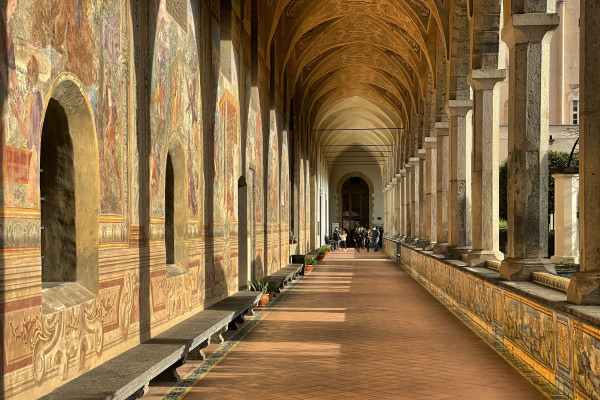 What to do in Naples

No visit to Naples is complete without a trip to the Museo Archeologico Nazionale di Napoli, which houses an astonishing collection of art from Pompeii, Herculaneum and Stabiae. Spend a few hours exploring the four stories of masterpieces, spellbinding mosaics and bronze athletes. 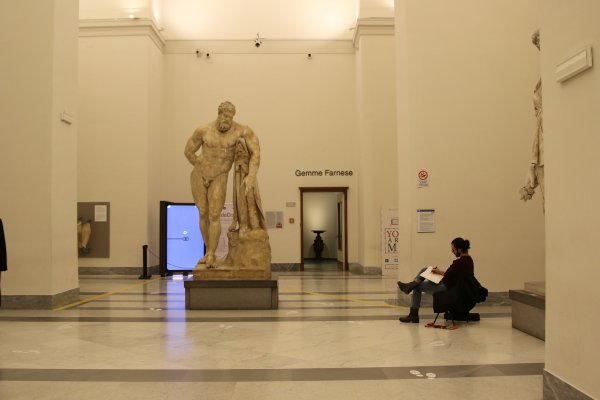 The city has also made a name for itself as a destination for contemporary art, with the opening of the Museo d’Arte Contemporanea Donnaregina Napoli in 2005 cementing that status. The 19th-century Palazzo Donnaregina has been transformed into a bright and airy space that houses site-specific works by the likes of Jeff Koons and Anish Kapoor.

Classical music lovers should head to the Teatro di San Carlo, built in 1737 and the oldest opera house in Europe. Situated next door to the spectacular Palazzo Reale and flamboyantly filled with six tiers of red velvet boxes and gilded stucco, it’s a suitably grand spot to take in some Verdi or Puccini. 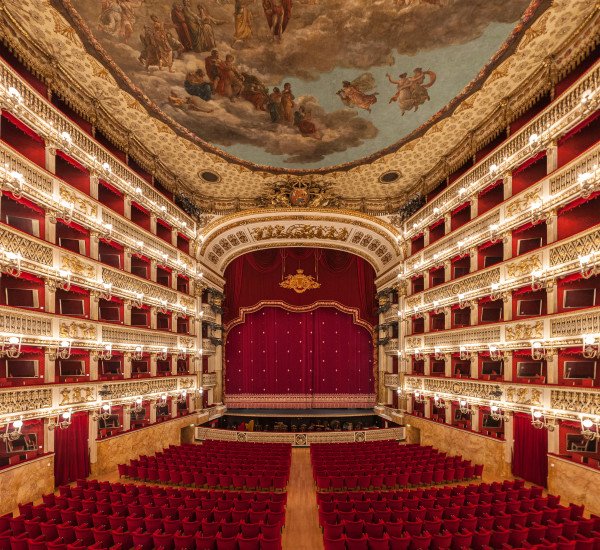 What to eat in Naples

As the birthplace of pizza, it’s almost impossible to leave Naples without tasting this world-famous local delicacy. To make sure you’re getting the real deal, look out for the Verace Pizza Napoletana sticker. In the centro storico, Di Matteo and Da Michele (both established in the 1930s) are often touted as the best pizzerias in the city. 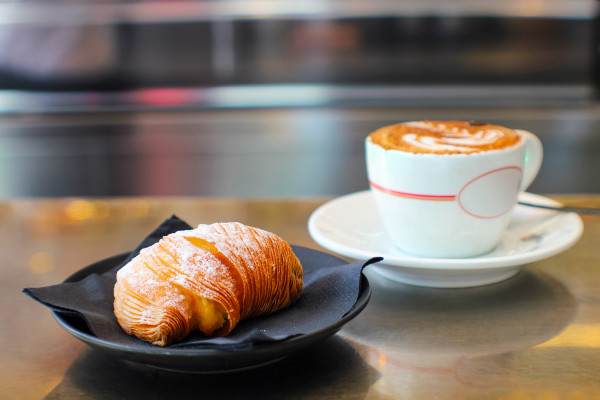 Neapolitans start the day with a plate of sfogliatelle, flaky pastries filled with sweet ricotta, cinnamon and candied citrus peels. Wash a couple down with a strong espresso and you’ll be more than set up for a day of sightseeing.

For more information, go to visitnaples.eu

Both Sara & Amanda were knowledgeable…

Both Sara & Amanda were knowledgeable and helpful

Verified
about 14 hours ago

She was very polite

She was very polite, efficient and thorough.

Verified
about 15 hours ago

The list of quotes provided an easy to use comparison tool. Questions that arose were easily answered on a phone call by Amanda and she was very professional and thorough in providing needed information. After doing our homework and visiting other travel insurance sites, we purchased the recommended product from TravelInsure101.